Today Heidi Klum is a non stop publicity hound and repeat judge on various shows.  But at one time she was one of the top supermodels in the world.  And as is often the case with modeling, nepotism is a fast track to the hottest runways.

That’s why in just her second season of walking the runway, Heidi and Seals 17 year old daughter Leni (amazing name) was strutting down the catwalk for Dolce Gabbana.

And hey, she’s beautiful. No doubt! Although maybe a little nervous.  To be expected and persicely why most don’t walk a high profile show while still so green.

Still it was no wonder mom was radiating pride while sitting front row and taking it all in.

Check out the video! 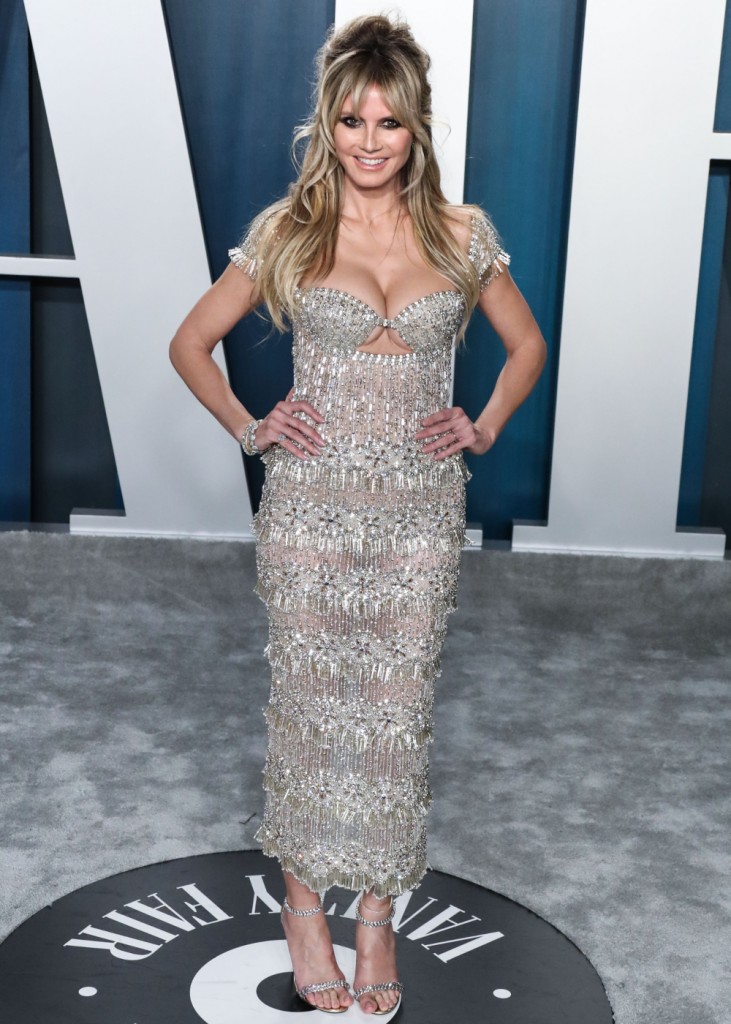 Last month we heard about Victoria Secret’s big rebrand. They assembled a group of impressive women who made up the new VS Collective. The Collective is going to, “create revolutionary product collections, compelling and inspiring content, new internal associate programs and rally support for causes vital to women.” Other than a Juneteenth post, I haven’t seen a huge shift in their IG page, but I think they’ve been slowly changing their image over the last year so maybe the rollout slowly began before the announcement. The point is, Victoria’s Secret is trying to change. And one of the original Angels, Heidi Klum, is happy to hear it. While saying she loved her time as a model for the brand, mostly because of the friendships she formed, Heidi said the company has needed to change for a while.

The OG Angel! Heidi Klum, who was a Victoria’s Secret Angel from 1999 to 2010, is speaking out about the lingerie company’s rebrand, VS Collective.

The relaunch, which was announced in June, claims to usher in a “new era” for the brand. It features “an ever-growing group of accomplished women who share a common passion to drive positive change,” including actress Priyanka Chopra and soccer star Megan Rapinoe.

“About time, is all I can say. About time,” the 48-year-old model said to The Sunday Project on July 11. “As a model, you go there, you are happy to have a job. When you are not the company, you do what you are told. But finally, looking at this now, I’m like, about time.”

Victoria’s Secret, which will also be launching The Victoria’s Secret Global Fund for Women’s Cancers to “fund innovative research projects aimed at progressing treatments and cures for women’s cancers,” previously canceled the official fashion show and the Angel title in 2019.

While Klum recognizes that the agency has been taking steps in the right direction, she also acknowledges that the speed at which they’re changing is on the slower side.

“Good. You know, because things do need to change. They have been changing. It’s been taking too long,” she said to the Australian outlet.

The star, who has passed her love for modeling onto daughter 17-year-old daughter Leni, also told Body Soul that she’s “excited that they’re [Victoria’s Secret] understanding there are so many different people out there who want beautiful things to wear.”

She’s thrilled to see the change, but she admits that she “always loved the brand” during her run as an Angel.

I’m with Heidi in that I am happy to see Victoria Secret’s evolve. I grew up with the catalogue supposedly being inspiration for what I wanted to look like. It was, don’t get me wrong, but I knew not to look at it on my bad days or I’d feel worse. I simply couldn’t hold myself to those standards. But I liked the product. I thought it was pretty and bought things for special occasions. There are a lot of companies out there doing it better now, however, so VS has to keep up with the times. As Kaiser pointed out in her write up, VS’s issues went so far below the surface, an image overhaul was their only hope at survival. It would be nice to see people who look like me, but it would also be nice to see some stuff that looks nice on people like me. Like, shake it up a bit for us non-model types, don’t just give us size zero lingerie in larger sizes.

As for Heidi, I think she means it. It’s hard to look at someone who could still model the old VS ideal on the runway and hear her as an advocate, but it’s always better to have a famous voice in our corner than not. I think watching her 17-year-old daughter entering the modeling fray might have Heidi scared. She knows how harsh the industry is and maybe she’d like Leni to be able to live a freer life than she did. And she’s not saying the company is irredeemable, Heidi’s glad they’re adopting change. So, there’s hope for Victoria and her Secret yet. Can’t wait until we see this big overhaul, though, because Heidi’s right about one thing, it’s a little, “on the slower side” for sure. 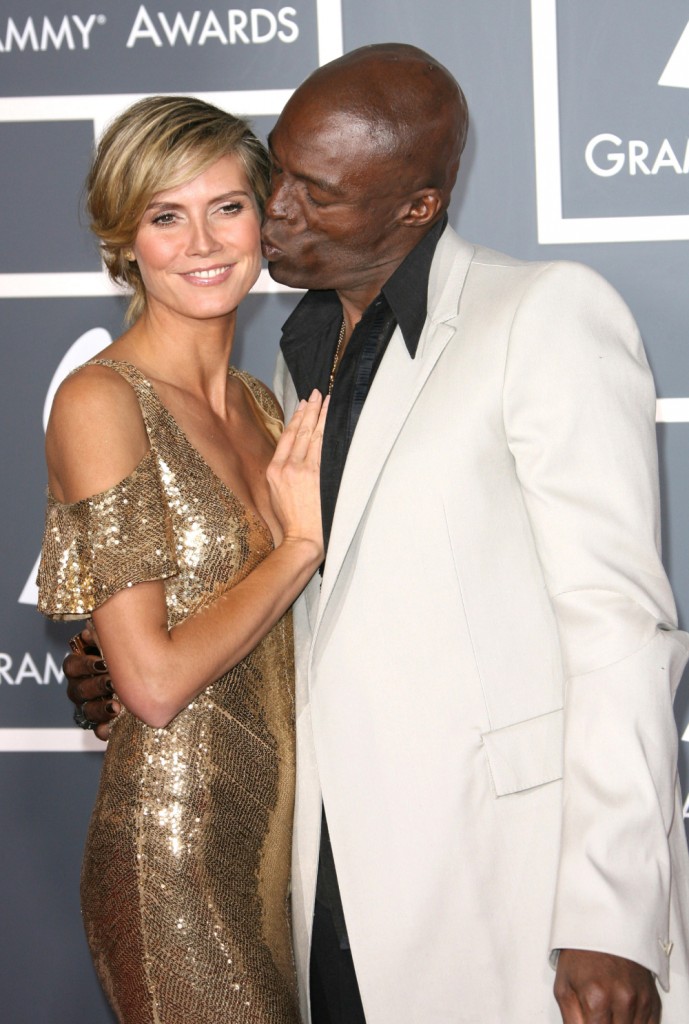 Heidi Klum was married to her second husband, Seal, for about eight years. Their wedding ceremony at a resort in Costa Careyes Mexico was attended by Heidi, Seal and Heidi’s daughter, Leni, who Seal later adopted. On each anniversary following, they renewed their vows at same resort. The ceremonies grew to include their future children and a guest list that expanded upwards of 50 people. Heidi themed the ceremonies. In 2009, travel to Mexico was restricted due to the H1N1 virus, so the couple hosted their annual renewal at their home in L.A. with a “White Trash” theme. At that point, I many people began to question the point of the renewal, as it seemed they were more an excuse for a party than a true reaffirmation of vows. But Heidi just gave an interview to the Sunday Times in which she said that she was, in fact, trying to preserve their love with each ceremony. Obviously, they didn’t work. The Times article is behind a paywall, but Yahoo has an excerpt.

Officially, Heidi Klum has been married three times: to hairdresser Ric Pipino, then singer Seal, then her current husband, Tokio Hotel rocker Tom Kaulitz. During her marriage to Seal, however, the German supermodel and the “Kiss From a Rose” singer repeatedly renewed their marriage vows each year — but ultimately split in 2012.

“I think I got married eight times to Seal,” Klum, 48, now says of the former couple’s multiple trips to the altar in a new interview with the Sunday Times. “I thought it would be kind of, like, fun. I thought it would be a fest of love. But you know, that doesn’t work either. I tried, you can’t say I didn’t try!”

She admits that over time she began to lose faith in the repeat ceremonies: “Like, ‘This is really not working.’ But I tried.”

Seal, 58, has also addressed the vow renewals, telling Andy Cohen in 2015 that “that was my ex-wife’s idea, to be honest.“

Noting that he “disliked” that the ceremonies were publicized, he added, “It kind of turned into a little bit of a circus, which I wasn’t terribly fond of because, by default, I’m quite a private person.”

I don’t have an opinion on vow renewals in general. I feel that, like wedding ceremonies, it has to be what they couple wants. I’d have one if my vows were broken and we decided to give it another shot. But that’s how I feel about it right now (I could always change my mind, too). Plenty of couples view them differently and that’s great. Celebrate your relationship however it works best for you. I admit that I got the impression that Heidi and Seal’s renewals were almost a habit after a while, like Mariah Carey and Nick Cannon. They didn’t seem to have any sentiment behind them, more fun than anything. So I was surprised to hear Heidi was actually trying to buoy her marriage with them. I wonder if that’s what was behind the themes, to incorporate traditions she found so beautiful she wanted them to bless her marriage in that way. I’d struggle with what her “White Trash” theme brought under that theory, however. But if Seal was, as he claims, against them, then they were doomed to fail from the start. If he told Heidi he didn’t want them public and she went public, that’s not cool of her. If he never told her that at the time, then he’s set her up to fail. Either way, these two were obviously not on the same page. 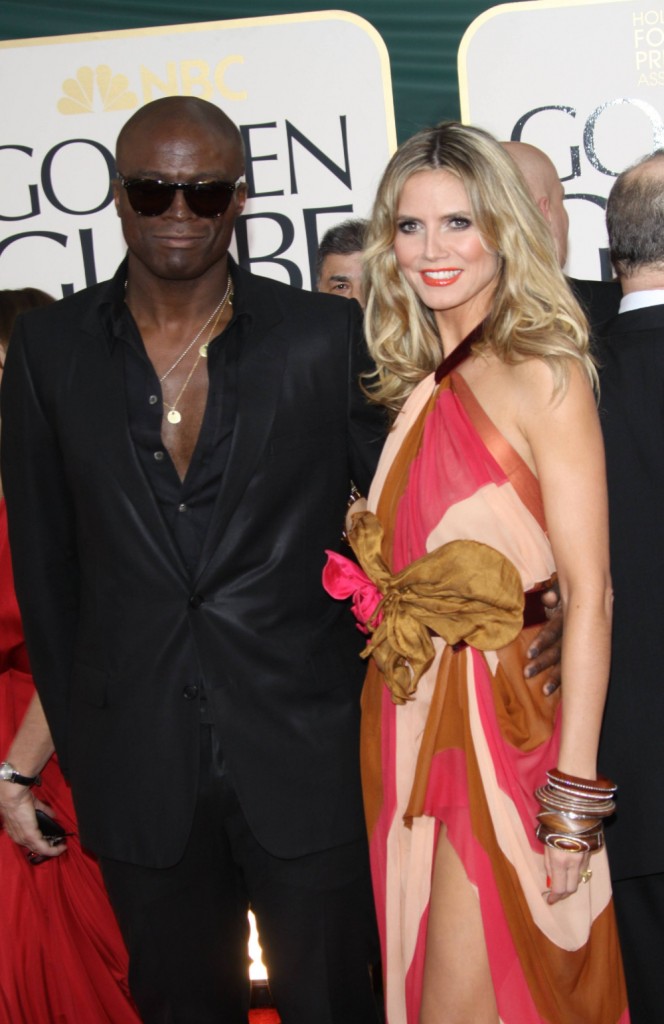 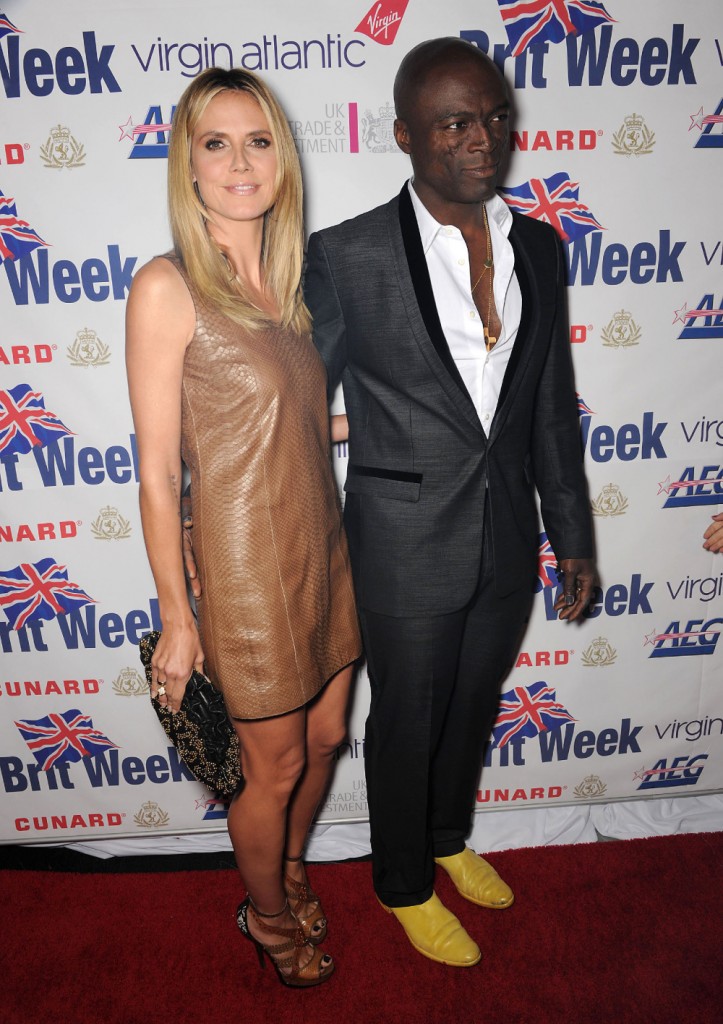 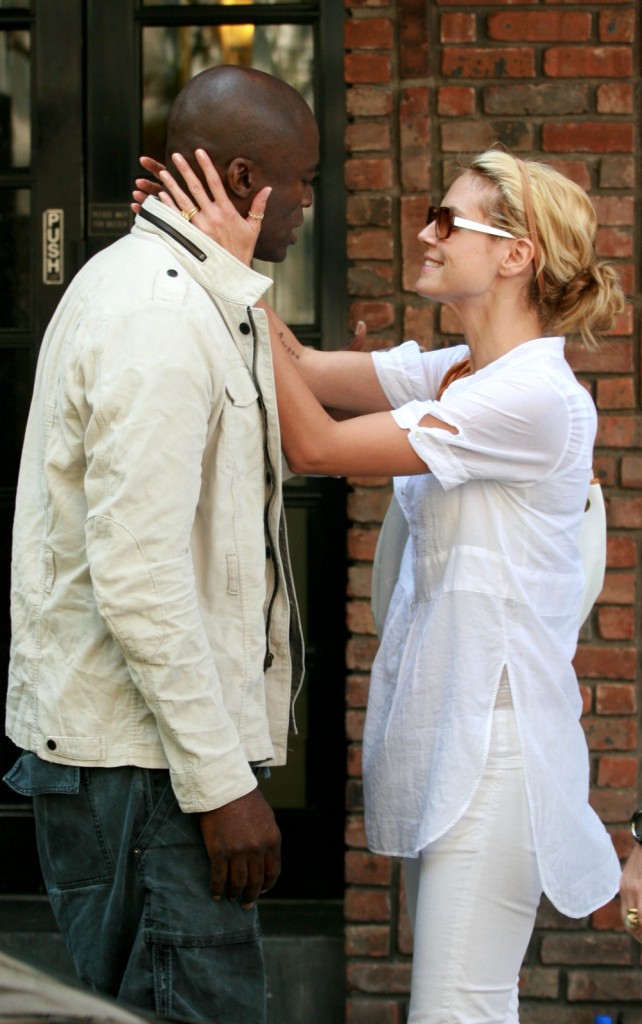 A thin-looking Heidi Klum in a little black dress showed up at 2015 NBCUniversal Summer Press Day held at the The Langham Huntington Hotel and Spa in Pasadena 2 days ago.

On how she was too curvy for high fashion:

… says Heidi, who is looking quite skinny these days.