With so much attention paid to Suri, Tom Cruise’s daughter with Katie Holmes, few remember he has kids with his ex wife, Nicole Kidman.   Adopted when they were young, son Connor, 26, and Isabella, 28.

Little is seen of the two and word is Nicole never see’s them.  Much like Tom now never see’s Suri.

Back in April Connor showed off his fishing skills on IG and debuts a bushy beard.

Now he’s back on IG on Stories to share a cleaner shaven look.  Of course he wont resemble either Tom nor Nicole, but it’s always fun to keep up on Hollywood royalty. 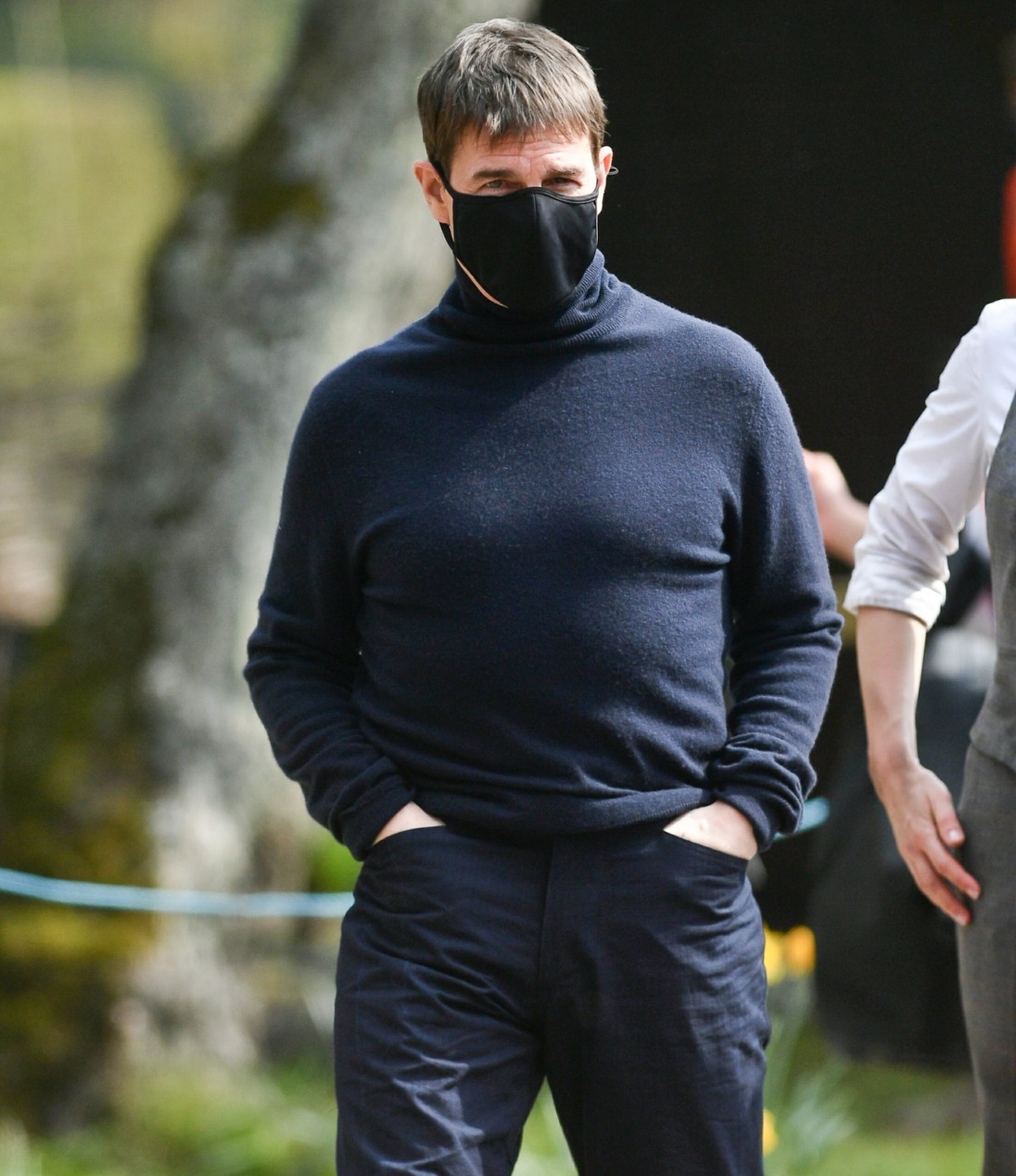 You guys, they’re still filming Mission: Impossible 7??? That is legitimately shocking. Tom Cruise and Paramount Pictures were bizarrely focused on filming the action film throughout the worst of the pandemic last summer, last fall and into the winter. The MI7 production was in Venice, Rome, Dubai and London throughout the last half of 2020. I remember reading stories in December 2020 and January of this year that the production wrapped? Maybe they just wrapped on the parts they were filming in the studios in London. It was back in December that the British papers got the leaked audio of Tom Cruise ranting at crew members for not wearing their masks properly while they worked inside. Following that rant, crew members quit that bitch and yet the MI7 production limped along. And now several people on the production tested positive for Covid and MI7 has halted production.

Mission: Impossible 7 has suspended production due to a positive coronavirus test on set. News of the shutdown was reported on Thursday, in a statement from Paramount Pictures.

“We have temporarily halted production on Mission: Impossible 7 until June 14th, due to positive coronavirus test results during routine testing,” a studio spokesperson told Entertainment Weekly in a statement. “We are following all safety protocols and will continue to monitor the situation.”

It’s unclear at this time how many people may have tested positive, or when production will resume. A representative for Paramount did not immediately respond to PEOPLE’s request for comment. The news comes several months after an audio recording leaked late last year that featured Tom Cruise lashing out at crew members on the set of Mission: Impossible 7 over COVID-19 protocols being neglected.

The big-budget action sequel halted production in Italy back in February 2020 as the coronavirus outbreak began, but eventually resumed in Rome in October. Variety reported that the set was then shut down for a week in October after positive COVID tests.

When I first read the news, I thought Tom Cruise was one of the people who tested positive and I was like “oh no he’s gonna be soooo mad about that.” Well, they aren’t actually saying he was one of the people who tested positive, but reportedly Cruise is “fuming” about the situation. Cruise has been forced into self-isolation for fourteen because he had somewhat close contact with someone who tested positive. Plus, Cruise is just fuming because this production is cursed and they’ve lost so much money in all of these testing and isolating delays. Cruise is going to spend the next fourteen days ranting into a pillow.

(P.S. At some point we need to talk about Tom’s sad bangs trauma, but not today.) 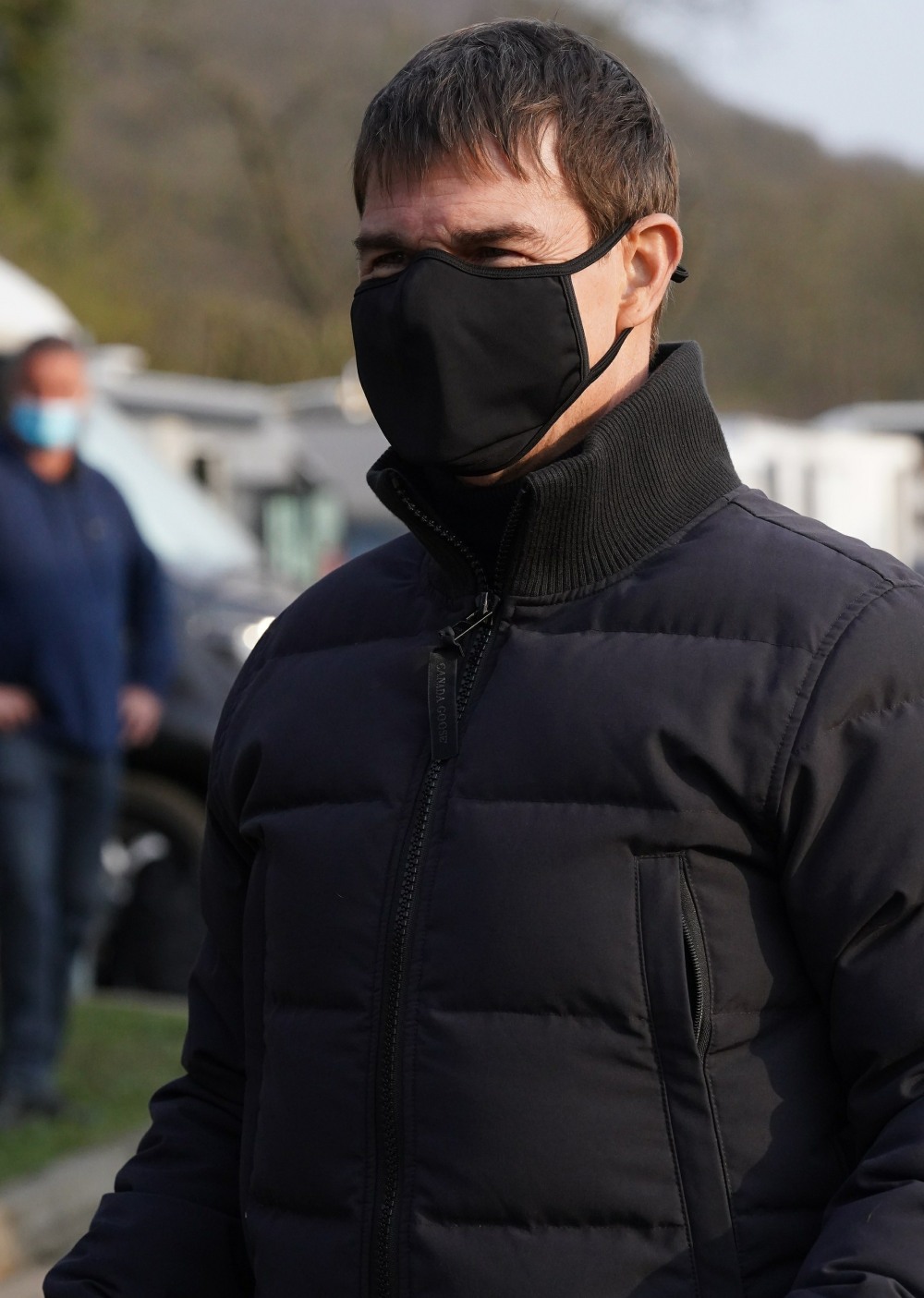 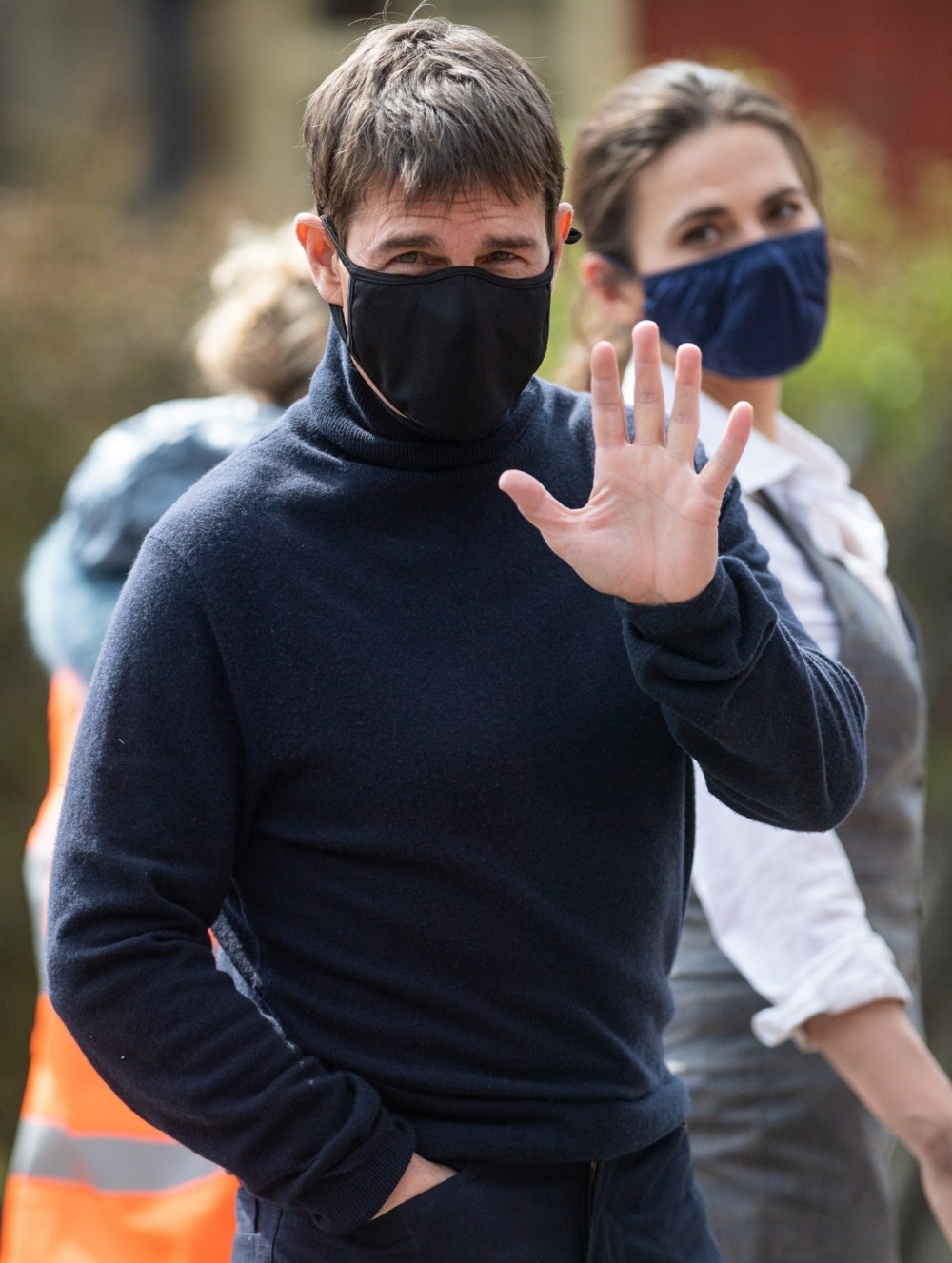 We all know Tom has the very best publicists and it seems they’re working overtime to make you forget he threatened to fire anyone who stands too close to one another amid Covid rules.

I want to be clear, I approve of Tom’s rant. If Hollywood insists on being open, because that shit is NOT essential, they better follow every rule.

Ok, anyway, so how better to distract people from a belligerent blow up than with the tantalizing tails of love between costars??

Tom, 58, and Hayley, 38, are said to have become ‘fairly inseparable’ after they ‘hit it off from day one’.

Tom hasn’t had a high-profile romance since his divorce from ex-wife Katie Holmes in 2012 while Hayley is said to have split from her English doctor ex earlier this year.

‘Lockdown, and all the difficulties that came with it, brought them even closer and they’ve become fairly inseparable.

‘They’ve been meeting up after hours, and she’s been to his London pad. They get on brilliantly, and both seem very happy.’

I’m naturally skeptical of the whole thing, but lets just let them have this one for now.

Tom and Hayley have been busy filming scenes for Mission: Impossible 7 in Rome, Venice, Britain and Norway over the past few weeks, where they have regularly been spotted on set together

Nicole seen with Connor and Bella

So you might not even know Tom Cruise has kids other than Suri.  Depending on how old you are. But back in the day, Tommy was married to Nicole Kidman.  They adopted two children in the early 90’s. Isabella and Connor.

On Wednesday (August 26), Bella made headlines when she shared a selfie on Instagram. Though she’s active on her account, she rarely shares photos of herself. Her last selfie was posted back in May. Before that, there are no other photos of Bella on her grid.

All that glitters is gold.. oh wait, it’s just another Instagram filter

Bella uses both her parents surnames in her handle, however, it’s believed Nicole’s relationship with her and Tom’s children is estranged. Like her ex-husband, Nicole’s oldest children are practicing scientologists. Back in 2018, Nicole opened up about Bella and Connor in a rare interview with Australia’sWHO magazine. “I’m very private about all that. I have to protect all those relationships. I know 150 percent that I would give up my life for my children because it’s what my purpose is,”she said.

As for their religious beliefs, she said: “they are adults. They are able to make their own decisions. They have made choices to be Scientologists and as a mother, it’s my job to love them.”

Bella currently resides in London with her husband.

how fucking crazy does Tom Cruise look at all times

I love this story.  So we all know the world of Scientology has a celebrity hierarchy and John Travolta and Tom Cruise are at the top… Really, Tom is above John, but lets not split hairs in a time of crisis.

Supposedly a few weeks ago a secret memo went out to all Scientologist stating that Coronavirus was no more than hysteria and everyone should continue trucking in hauls of money to the wizard behind the curtain.

In fact in the memo he was so over the top obvious about his cover up that he sounded like Trump. “‘Factually, we have already been doing far more and taking greater preventative action than anybody else, anywhere on Earth – and by a long way.”

Now, despite that, the word is Cruise, Travolta and wife Kelly and Kirsty Alley have all been shipped to secret bunkers at the compan… sorry, church’s San Bernardino location.  Word is the place was built to withstand a nuclear attack. BTW, did you notice the name of the road in the upper left corner?  This place is on Rim of the Earth Highway! They turn onto that road and you in trouble girl. Run!

So you can sleep better tonight knowing the creme de la creme of this good land are safe from harm.

While causing harm, of course.

As an added bonus, here are all the celebs that are known Scientologists. (via wiki)  Hopefully they’re all bricked up away from the world as well.

An office manager (T.J. Miller) throws a wild Christmas party in the hopes of finalizing a deal with a big-time client (Courtney B. Vance). If the party is unsuccessful and the client gets away, the manager’s boss and older sister (Jennifer Aniston) will close the branch and lay off all the employees. Jason Bateman, Olivia Munn, Kate McKinnon co-star in this holiday comedy directed by Josh Gordon and Will Speck. ~ Daniel Gelb, Rovi

That’s right ladies and gentlemen, Top Gun 2 is a go and is now being scripted with Jerry Bruckheimer and Tom Cruise as the main heads for the sequel of the original 1986 blockbuster Top Gun.

Showbiz Spy was contacted by a reliable source close to Jerry and has told us: “The deal is done for the Top Gun 2 movie and Tom Cruise will be a flight instructor that is very much involved in all aspects of the film. There will also be some scenes of Tom in a crazy dog fight action, I can not give away to much but there will also be a rescue mission, but I can’t tell you anymore than that.” We asked about Iceman and we were told: “Val will have a role in the new movie” Hey that is good enough for us!

Fans of the original have been requesting for almost 30 years now for the part 2 to get going and we believe this could be one of the highest grossing films of all time! I mean, who the hell would not go see this movie?

As far as who will be the main cast is still up in the air… we know that Tom will of course play a huge part in the film and we are hearing rumors that Ryan Reynolds, Val Kilmer (Iceman from original), Scarlett Johansson and Rami Malek have already been in contact with Jerry.

So what do you think? Will this be one of the top grossing movies of all time? Who do you think should be the main characters in the film? Are you ready for the sequel?!

Here is the iconic opening scene for the 1986 smash hit original:

Here is the dog fight that Tom had after losing his best buddy Goose and he has to go and save Iceman:

And of course the sexy beach volleyball scene: