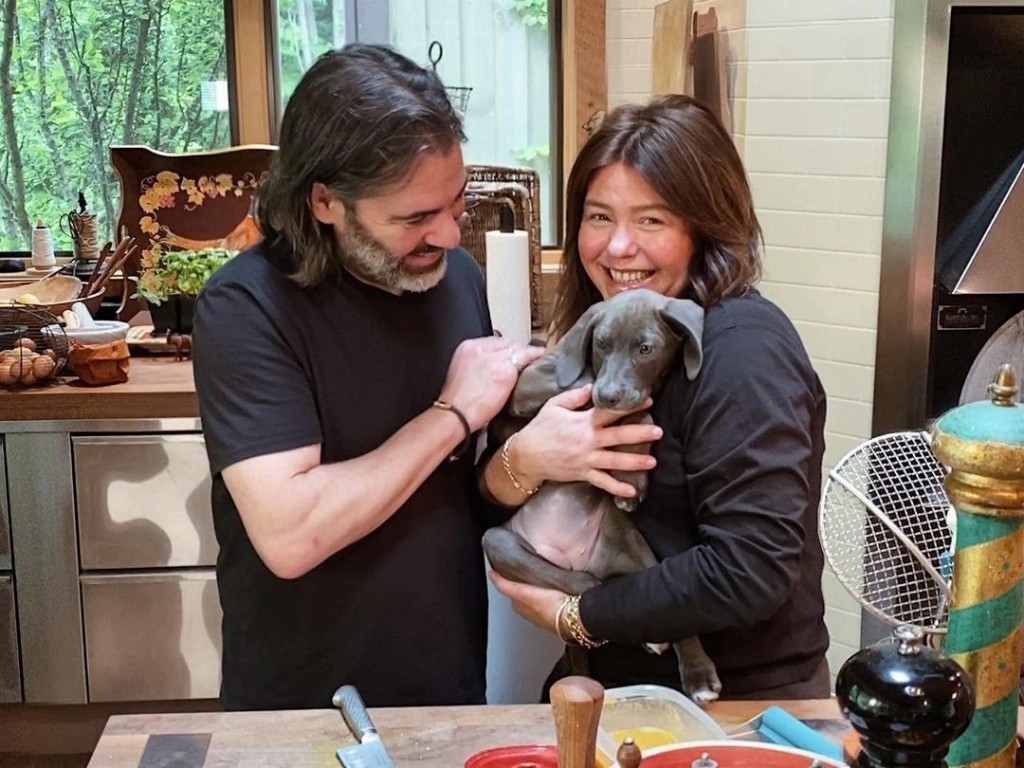 Yesterday, we heard how Kelly Ripa and Mark Consuelo solve all their issues with sex. Now let’s discuss Rachel Ray and husband John Cusimano’s approach to marriage: venting. Rachel and John have been married for 16 years. They don’t have kids, but they do have dogs. They have also had a heck of a year. When the pandemic hit, Rachel decided to broadcast her show from their home, which up until that point had been off limits to the public. So their safe space quickly became public space. Not only that, John took on the role of helping Rachel produce the show, something he did not enjoy nor was he particularly gifted at. And then tragedy struck when their home burned to the ground, and they narrowly escaped. Rachel said their secret to getting through all that together is by not take it too personally when the other is letting off a little steam.

Rachael Ray and her husband, John Cusimano, marked their 16th wedding anniversary this month — a milestone for any couple, but especially worth celebrating considering all the life difficulties thrown towards the couple this year.

In May of that year, the couple’s cherished 15-year-old pit bull, Isaboo, died. Then last August, their home — the one Ray had designed from scratch 15 years earlier and long tried to protect from the public — completely burned to the ground, the result of a fire ember that came out of the home’s chimney and landed on the roof.

It took them a full year to rebuild. Throughout it, and all of the year’s other obstacles, Ray and Cusimano, 53, remained a united force to get to the other side.

“We have volatile personalities but we’re both very practical. too,” she says. “That’s the lawyer side of him and the domestic side of me. We’re like, ‘These are the things that must be accomplished today. And we will get to this only by doing what work is necessary.’”

“John and I didn’t meet until later in life, and didn’t get married until we were almost 40,” Ray says. “We knew who we were. We’ve always been that way, for 20 years. We don’t take it too much to heart when one person just has to vent or blow up. We’re very good at being quiet also, with each other. We don’t look for there to be constant chatter. And we’re very good with giving each other space to work on our passions. We’re kind of autonomous and I think, in many ways, we were more uniquely prepared for this pandemic.”

“When you’re left at home alone for too long, you start to lose a little perspective. You can get tunnel vision and think, ‘Everything’s revolving around us and our little problems.’ But there are so much worse positions we could be in,” Ray says. “I’m alive. I have a roof over my head. I have a job. There are people all over the food industry who have suffered and don’t know what to do. Not to mention the millions of people who have died.”

“At the end of the day, John and I, we always come back to grateful. Some days are different than others, but we try to say, ‘Okay, here’s the new plan,’ even when we get down,” Ray continues — joking, “We’re like Moonstruck over here. We just keep saying, ‘Stop your whining and snap out of it.’ “

I can follow this advice better than letting sex solve my problems. Obviously, it’s not a carte blanche. Letting off steam shouldn’t become a personal attack. But sometimes everything does build to a head, and it feels good to just vent about it. And it feels so good to be heard. Many couples can decipher when their partner is mad at them or at the world in general. The pandemic was really hard on people used to their own space and schedules like Rachel and John. Being around the same person/people for that length of time took its toll, no matter how much you loved them or how well you lived together. I resorted back to my tricks when my kids were toddlers and stayed in the bathroom for longer than I needed. I needed a space no one could get to me. So I get where Rachel is coming from on this.

And the hits just keep coming for Rachel and John. They’ve just rebuilt their home upstate. It took a full year. Thank goodness it’s finally done, though, because their apartment in New York City was wiped out by Hurricane Ida. Rachel said the floodwaters came in from everywhere and the apartment, “just literally melted, like in Wicked.” They waited a full week for the overworked remediation team to come and assess the damage. When they finally got there, they burst a water pipe and re-flooded the whole building. Rachel chose, once again, to remind herself how many advantages she has and how much worse others have it. She has a new book coming out on October 26th called This Must Be the Place. If it has any secrets on how to bottle Rachel’s positivity when the cards are down, I’ll buy a dozen copies. 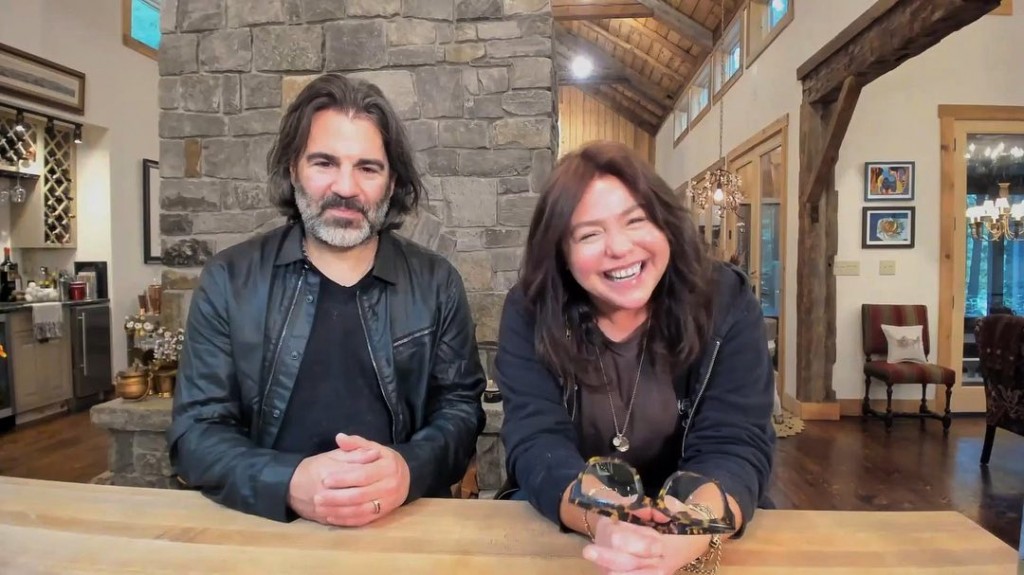 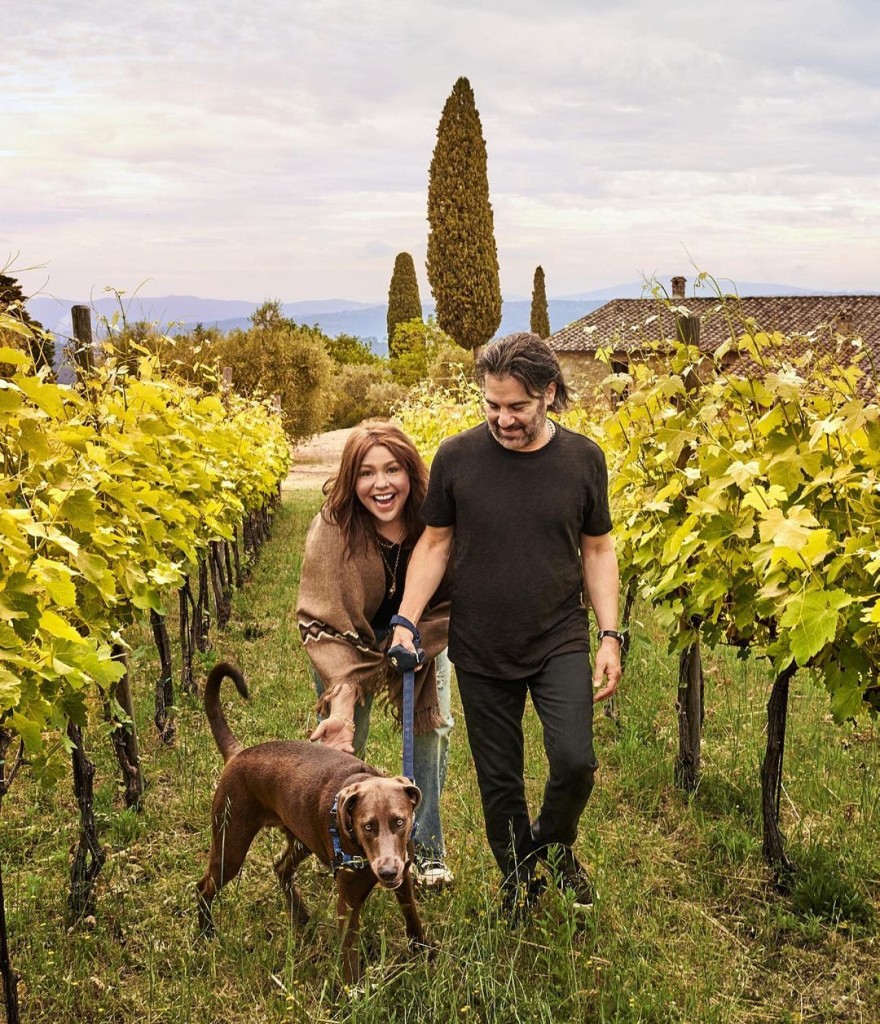